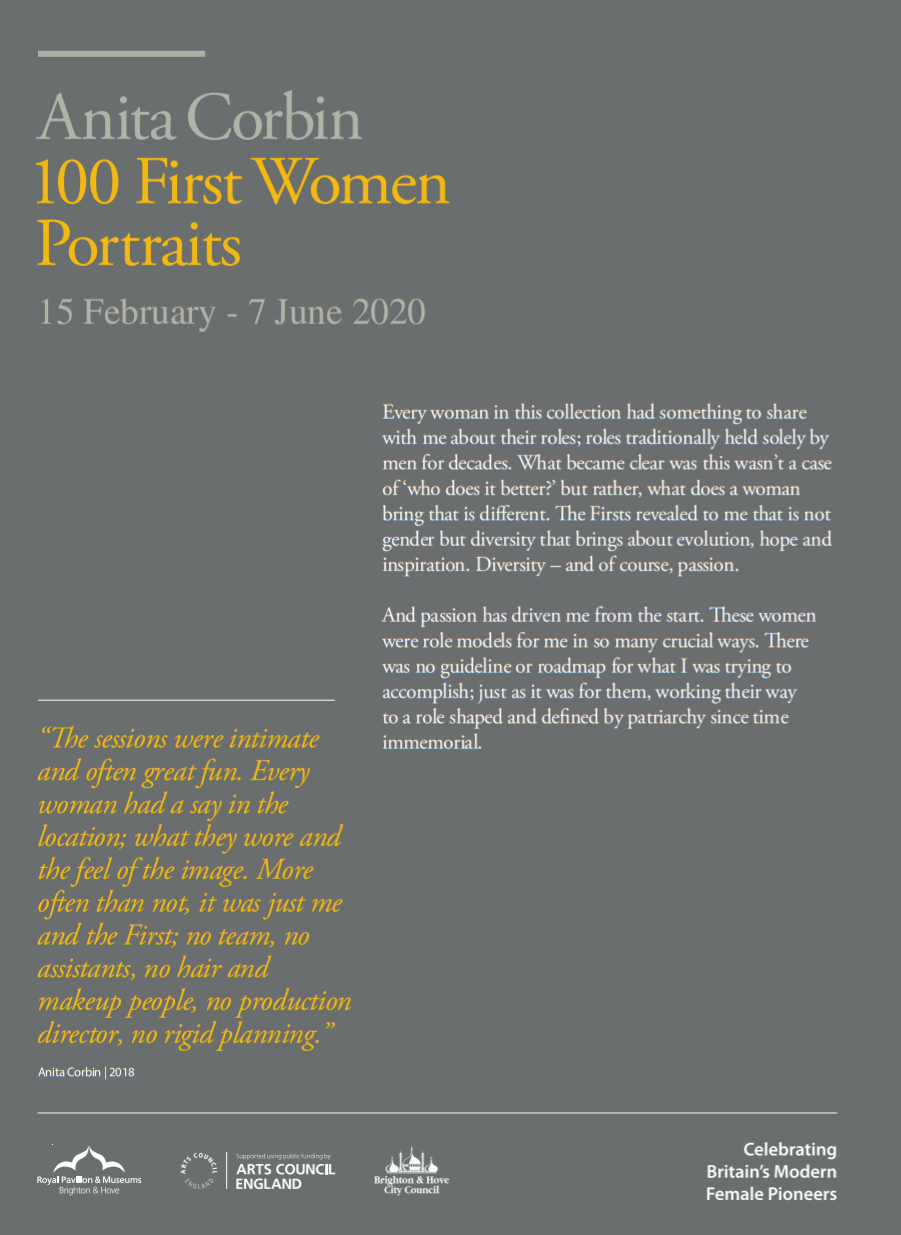 Every woman in this collection had something to share with me about their roles; roles traditionally held by men for decades. What became clear was this wasn’t a case of ‘who does it better?’ but rather, what does a woman bring that is different. The Firsts revealed to me that it is not gender but diversity that brings about evolution, hope and inspiration. Diversity – and of course, passion.

And passion has driven me from the start. These women were role models for me in so many crucial ways. There was no guideline or roadmap for what I was trying to accomplish; just as it was for them, working their way to a role shaped and defined by patriarchy since time immemorial.

“The sessions were intimate and often great fun. Every woman had a say in the location; what they wore and the feel of the image. More often than not, it was just me and the First; no team, no assistants, no hair and makeup people, no production director, no rigid planning.” Anita Corbin, 2018.

TwitterFacebookPinterestLinkedInE-mail
This website places cookies on your device so that we can improve our services and report to funders. Find out more.